Travel to Liverpool - Albert Dock and the Beatles Museum

Albert Dock was one of the first closed docks in the world and was once the largest docks in the country. It is widely considered to be a symbol of Liverpool. The docks were constructed using stone, brick and cast iron and were named after Prince Albert, who was present during the opening ceremony more than 150 years ago. Now around Albert Dock you will find a variety of shops and restaurants.  While in the area, you can visit the famous Beatles Museum to gain an insight into the history of the Beatles. In the center of the dock there are various multimedia shows on the water - including light, laser and sound - as well as the annual Festival of Large Ships. 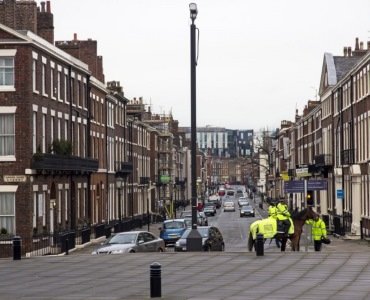 Albert Dock was built in 1846 by an engineer named Jesse Hartley who was a pioneer of his time. For the very first time in the construction of a dock, timber was not used. There were also many warehouses situated around the docks, making it easy for the ships to be unloaded and restocked.  The museum is located in Albert Dock and was opened in 1990. Decorations, exhibits and a variety of multimedia tools give you an amazing opportunity to plunge into the atmosphere of the unique era of the birth of European rock'n'roll.

18 rooms of the museum will tell you everything you would like to know about the Beatles - from how it all began all the way through to the tumultuous period leading up to the collapse of the group. In each hall different music plays – matching the era that you will be exploring. However, the greatest impression is made by the hall of John Lennon. Here you can see amazing artefacts, including the legendary orange round glasses of John Lennon that were so integral to his image from 1970 to 1973. These are also the most expensive glasses in the world - today they cost more than a million pounds sterling. During your tour, you can also visit a fully working copy of the club "Cave". Audio guides can be purchased during your tour that explains the "Living History” out the Beatles through narrator Julia Lennon – sister of band member, John. The audio guide also includes commentary from Paul McCartney, George Martin, Brian Epstein, Alan Williams, Cynthia Lennon and music played throughout. Since April 2006, the audio guide is also available in Russian. In the grounds of the museum there is a Going Solo zone (focusing on solo career musicians), an interactive children's Discovery Zone (made in the thematic style of Starbucks Café) and Fab4Store (a massive Beatles merchandise store).

The most complete ticket includes the Exposition at the Beatles Story Exhibition, The British Invasion Exhibition, Discovery Zone, Fab 4D and costs only £14.95 for an adult ticket and £9.00 for a child from 5 to 16 years old. These tickets are valid for 48 hours. A discounted ticket is available for students and pensioners over 60 years old at a cost of £11.50. To receive a discount, please present an international student IDIC ticket during your purchase. Tickets can be bought at the box office or booked in advance. Visiting groups of 10 or more people are asked to book in advance to guarantee entry.

Prices/hours of operation on the page are indicated as of August 2017.

We are unbeatable in prices.
If you find less: tell us and we can discuss your offers